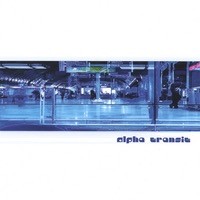 “The opening cut on Alpha Transit’s debut album begins with a wash of ascending, extendedly dark harmonies that plunge into a relentless space-funk groove. The entire album is a blast and offers a full plate to groove-minded and intent listeners alike. With styles ranging from the aforementioned funk to the Eastern European/jazz-flavored “F.A.F.” to the aptly bluesy “Another Fricken Blues,” the playing is tight and consistently intriguing. Milwaukee guitarist Kirk Tatnall adds his unique blend of styles to the lineup of Geoff Howard on bass, Adam Berzowski on keys and Tim Rush on drums. If you get a chance to see Alpha Transit play locally, jump on it. The show is sure to combine exceptional musicianship and a great vibe.” – Jason Seed, Shepherd Express (Alpha Transit Review)